Kenya has the largest, most diversified economy, and the second largest population in the region of Eastern Africa. As ‘the gateway to East Africa’, Kenya also plays a vital role as a transportation hub for much of sub-Saharan Africa. Due to its relatively healthy economy and stable political situation, Kenya is a country of des-tination for economic migrants from all over Africa, and a host country of mainly Eastern African refugees. Kenya is also a necessary transit point to two main mi-gration routes, namely Eastern African migrants on the move towards Southern Africa, as well as Eastern and Southern African migrants en route towards Europe, the USA or the Arabian Peninsula.

This cooperation resulted from the previously COMESA II Action and aimed at improved information sharing at national and regional levels. Implemented jointly with the German Development Agency (GIZ), the Kenya II Action supported the development of comprehensive SOPs on data management in the area of migration. 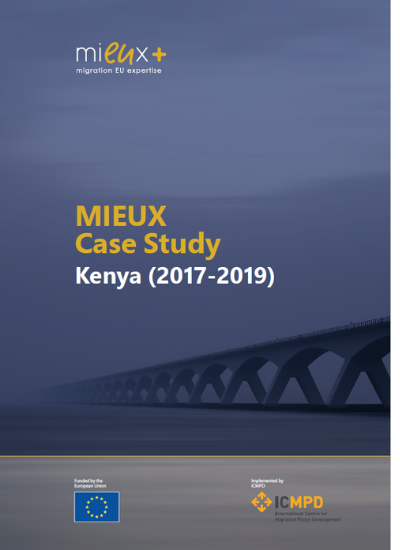