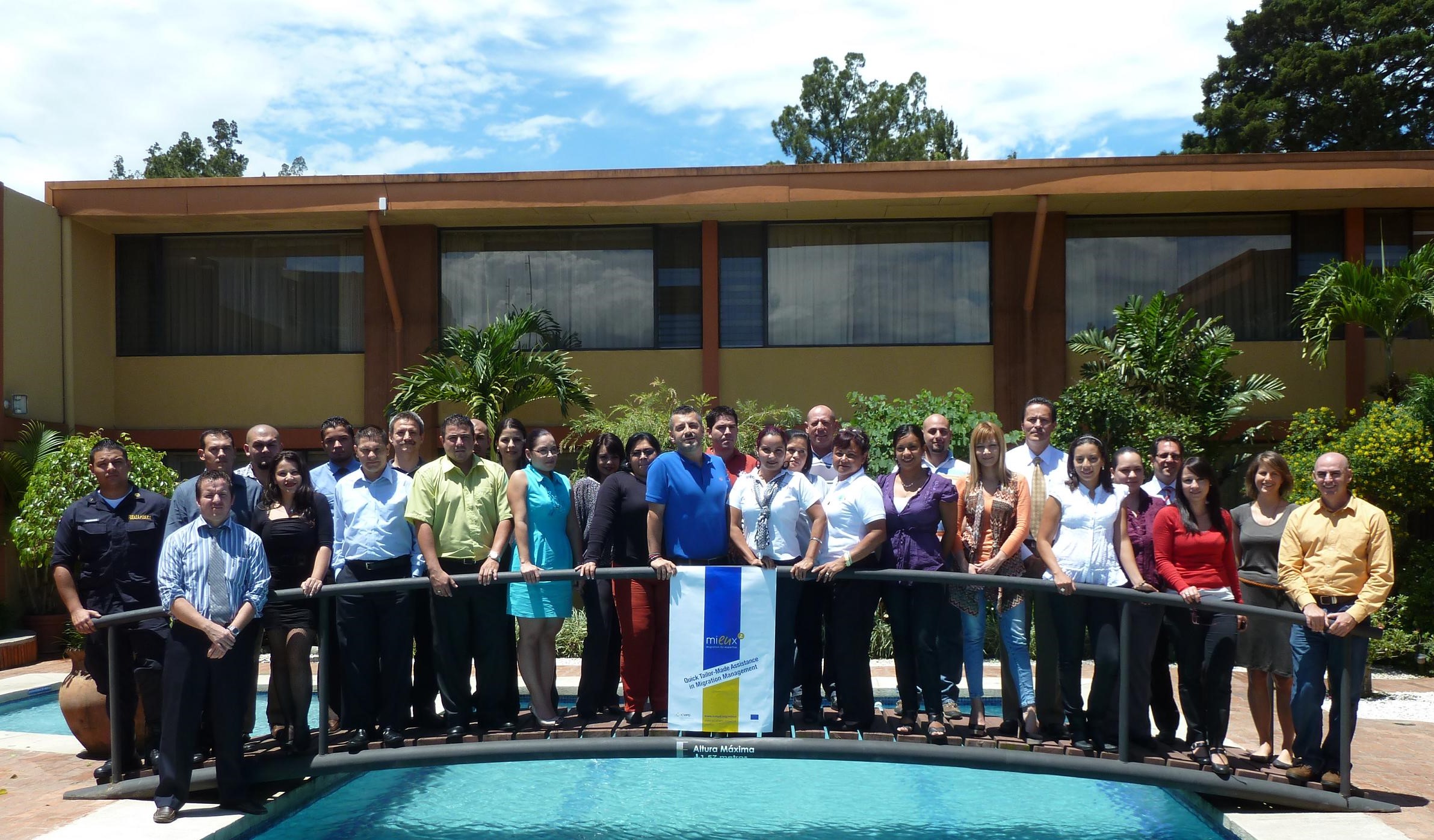 Costa Rica has for the last two decades primarily been a destination and transit country, along the North-bound migratory routes and is the country with the highest percentage of immigrants in Latin America (8%). As such, the country has faced several issues related to the arrival of mixed migration flows.

In 2011, the General Directorate for Migration and Emigration (DGME) requested MIEUX’s support to strengthen its capacities in the area of combating trafficking in human beings (THB)  and smuggling of migrants (SoM), as well as to support the development of their first National Integration Plan 2013-2017.

In collaboration with the DGME, Training modules on THB and SoM were developed and DGME officers participated in a Training of Trainers to be able to replicate them. Additionally, the experts trained, shared experiences and provided thorough recommendations on the topic of integration of migrants to the officers of the Directorate of Human Development (within the DGME), in order to support the development of the National Integration Plan