At the time of the Philippines’ first request to MIEUX in 2009, the country ranked third in the world on the list of top sending countries of international migrants, with nine million Filipinos, roughly 10% of the population, living and working abroad. Implementation of the existing legal framework to address human trafficking was weak. Additionally, with the increasing number of victims every year, the govern-ment saw the need for more aggressive and sustained collaborative efforts and strategies in the fight against illegal recruitment for potential labour migrants. Sev-eral initiatives were taking place to inform the public but were missing a solid set of indicators to measure their performance and implementation. This combination of factors prompted the Department of Labour (DOLE) to submit a request to MIEUX. 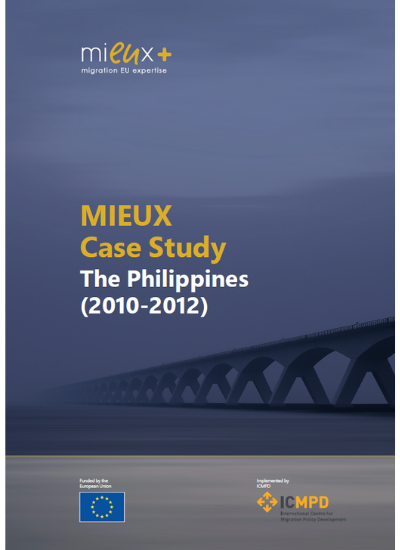