Costa Rica’s political stability and relatively high standard of living, as well as its strong economy, have made the country an attractive destination for migrants. Migrants constitute 9% of the total population, making it one of the highest percentage shares in LAC. Nicaraguans are the largest immigrant group (77.3% of the total foreign-born population), followed by citizens from Colombia, USA, Panama and El Salvador.

With targeted support from MIEUX, the Directorate General for Migration (in Spanish, Dirección General de Migración y Extranjería) developed the first National Integration Plan (NIP) for the period 2013-2017. The evaluation of the NIP brought two main challenges during the development process, and implementation to the forefront: policy coherence could not be ensured at all stages of the policy development cycle and the process and measures for integration should have involved other stakeholders. Based on the lessons learnt from these challenges, the Costa Rican Government sought to address these initial shortcomings of the first NIP and enlisted MIEUX’s assistance for support in formulating the second NIP. 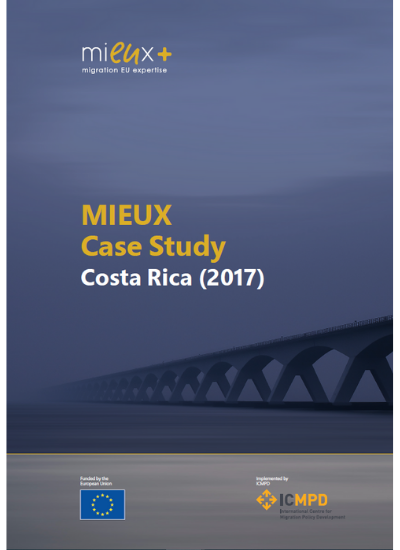