In August 2009, the MIEUX initiative received one of its very first requests from a partner country. The Cabinet of the Prime Minister requested MIEUX’s support to develop what would later become Cabo Verde’s first “National Immigration Strat-egy”, adopted in 2012. With its second and third Action in Cabo Verde, MIEUX would help the newly created DGI to translate this strategy into a sound institutional legislative framework at national level, including the “Law on Foreigners’ Residence”, the “Law on Asylum and Protection” and the “Law on Human Trafficking and Migrant Exploitation”. 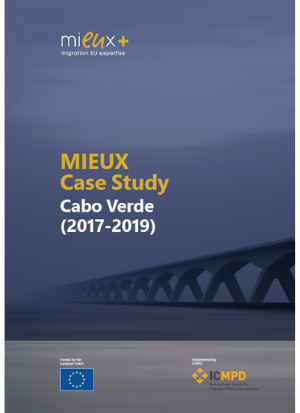