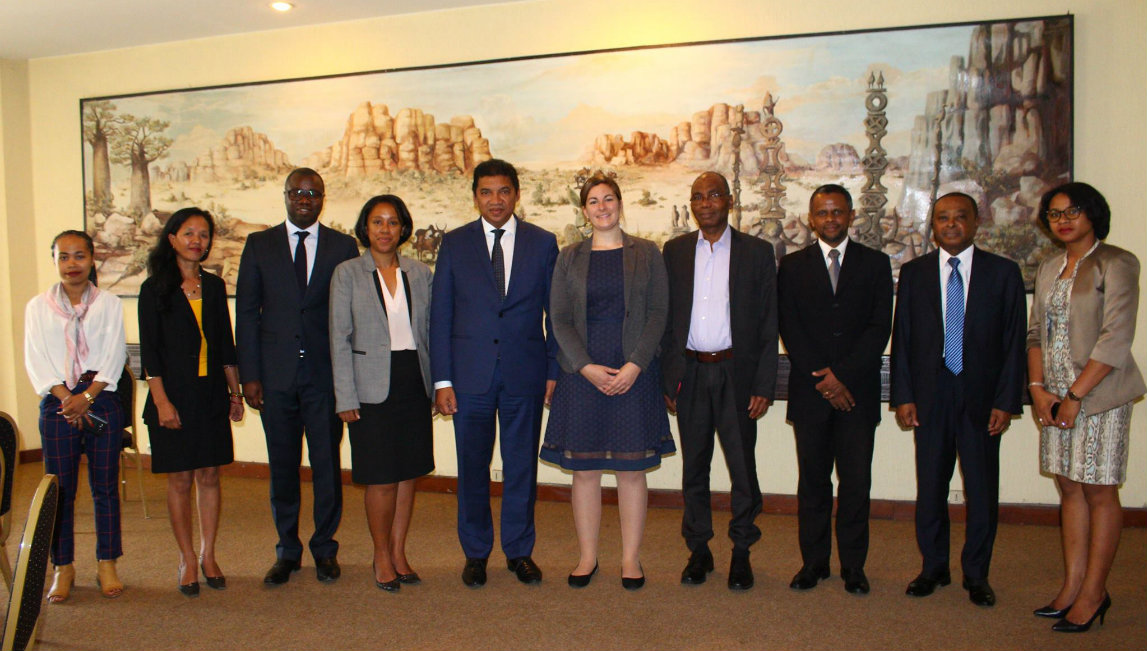 A MIEUX delegation arrived in Antananarivo on Monday 13 November 2017 to launch a new Action supporting the Directorate of Diaspora of the Malagasy Ministry of Foreign Affairs in the development of an inclusive and sustainable diaspora engagement policy.

In line with MIEUX’s participatory approach, this new Action will join various actors with a remit in migration in jointly drafting a tailored policy that will provide a framework for the government to harness the development potential of diaspora investments, whether financial or non-financial. The MIEUX experts selected for this Action will support the process by exchanging good practices from other countries that the Malagasy authorities may adapt to the local context.

The six-step Action will seek to create the maximum impact so the Malagasy authorities nurture a sustainable and integrated outreach strategy towards their diaspora. Through a series of workshops, roundtables, and on-site missions, MIEUX aims to help match the pillars of the new policy with the countries’ development plans and to create a lasting rapport with the diaspora.

As Stephanie Berry, MIEUX Project Officer appointed to this project stated, “I am pleased to launch this important Action to support the government in creating a diaspora engagement policy. Our methodology reflects the ambitious goals of the Malagasy government when envisaging a new approach to connecting with its citizens all over the world. It is our hope that we will create meaningful impact, setting in motion a larger mobilisation of diaspora networks aimed at promoting the sustainable development of the country.”

Of the 36 Actions currently being implemented by MIEUX, 16 are based in Africa. Aside from Madagascar, is currently providing support for diaspora engagement to the Democratic Republic of Congo. Each of these Actions has its own objectives and specific goals, but they are linked by the potential to tap into new communication channels, avenues for development, and inflow of new skills that diaspora members can bring to countries of origin.

Recognising the inherent potential contribution to development, the Malagasy Government decided to strengthen its ties with its citizens abroad and created Directorate of Diaspora in February 2015.

In turn, the Directorate commissioned a study that unearthed that 87% of the over 100,000 Malagasy diaspora members in France were favourable to participating in the development of the country (IOM 2015).

This Action is, therefore, part of a wider strategy that will support national authorities in opening up new communication channels and opportunities for interaction with citizens abroad.

As Director in charge of the diaspora, Ms Lanto Rahajarizafy stated, “Our aim is for the Malagasy diaspora networks to be strongly involved in the drafting of the policy. We do not wish to simply impose our vision, rather consult them extensively during the drafting process so as to create an inclusive and comprehensive roadmap for our country’s future.”