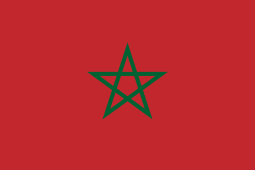 Description
Morocco is a transit and destination country for asylum seekers and refugees. They represented less than 2,000 individuals at the end of the 2000s and originated mainly from Côte d’Ivoire, DRC and Iraq. This number has been growing gradually, mainly due to the arrival of asylum seekers from Mali and Nigeria, and, since 2011, from Syria, which has very quickly become the main country of origin for asylum seekers in the country.

To support the efforts and strengthen the capacities of the Moroccan authorities and relevant stakeholders on asylum, the Ministry of Foreign Affairs and Cooperation requested assistance from MIEUX to implement this Action that mainly focused on the social dimension of asylum/protection policy.

This Action resulted in an analysis of the situation and policies concerning refugees integration in Morocco as well as in the draft of a mapping on refugees and asylum seekers.